This is an article listing DNS records, what they mean, and how they are used. All example screenshots are taken from inside the Plesk control panel unless stated otherwise.

a-record:
This is used for mapping or pointing your domain and sub-domains to an IP address. Without this your domain cannot resolve to the server your website is on.

CNAME or "Canonical Name":
Used for creating an alias for an A-Record which points to another host record.

MX stands for Mail Exchanger and they define what should be used for server/s should be used for mail. MX Records require that a priority is set, the lower the number the higher the priority. Number formatting can be 1, 2, 3, 4, etc. 10,20,30,40, would have the same effect. Here is what the mxrecord looks like as setup by our system when you order:

DNS TXT records are most commonly used for things like SPF, DMARC, DKIM, and domain validation. They can be used to hold text information such as a verification code from Google or other services.

One of the least understood, and most confusing of records, it can be a bit hard to understand. They will often look something like:

Breaking this down it amounts to:

There are also more complex versions such as:

Broken down as it would be done in Plesk: 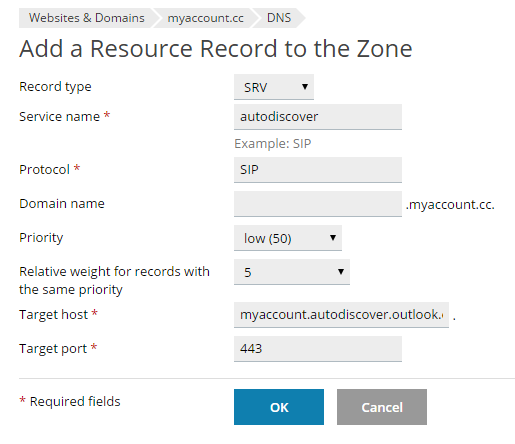 Was this answer helpful?

Accessing A Preview Of Your Site Or Temporary URL Plesk provides a quick easy way to access your website on a temporary url. This is useful if you... Checking DNS Records How do I check DNS records? You can check your DNS records on dnsstuff.com by using the... Disabling mail service/web service You can disable either or both services from your Control Panel.To disable Web Service1. Login to... Editing your host file The "Hosts" file in an operating system is used to associate host names with IP addresses. A... Flush your DNS cache The huge volume of requests generated by a system like DNS, the designers wanted to provide a...
« Back